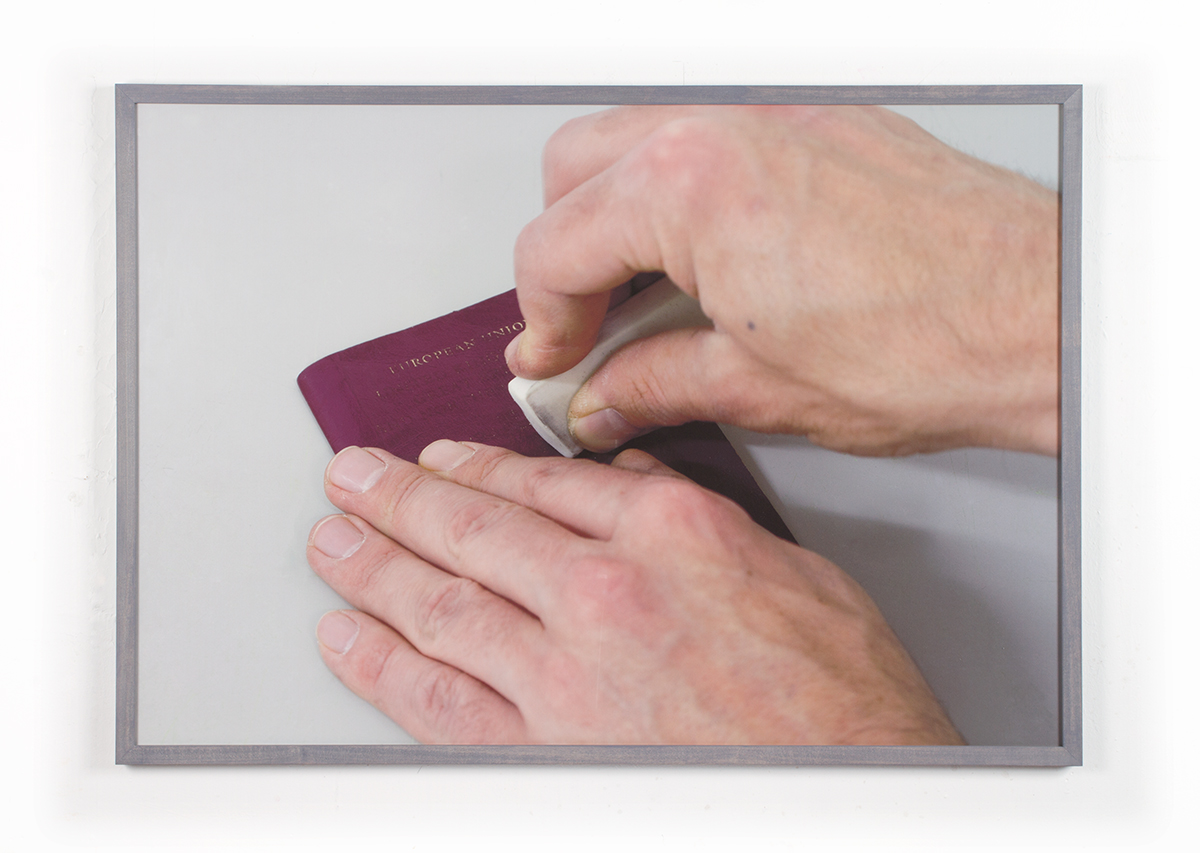 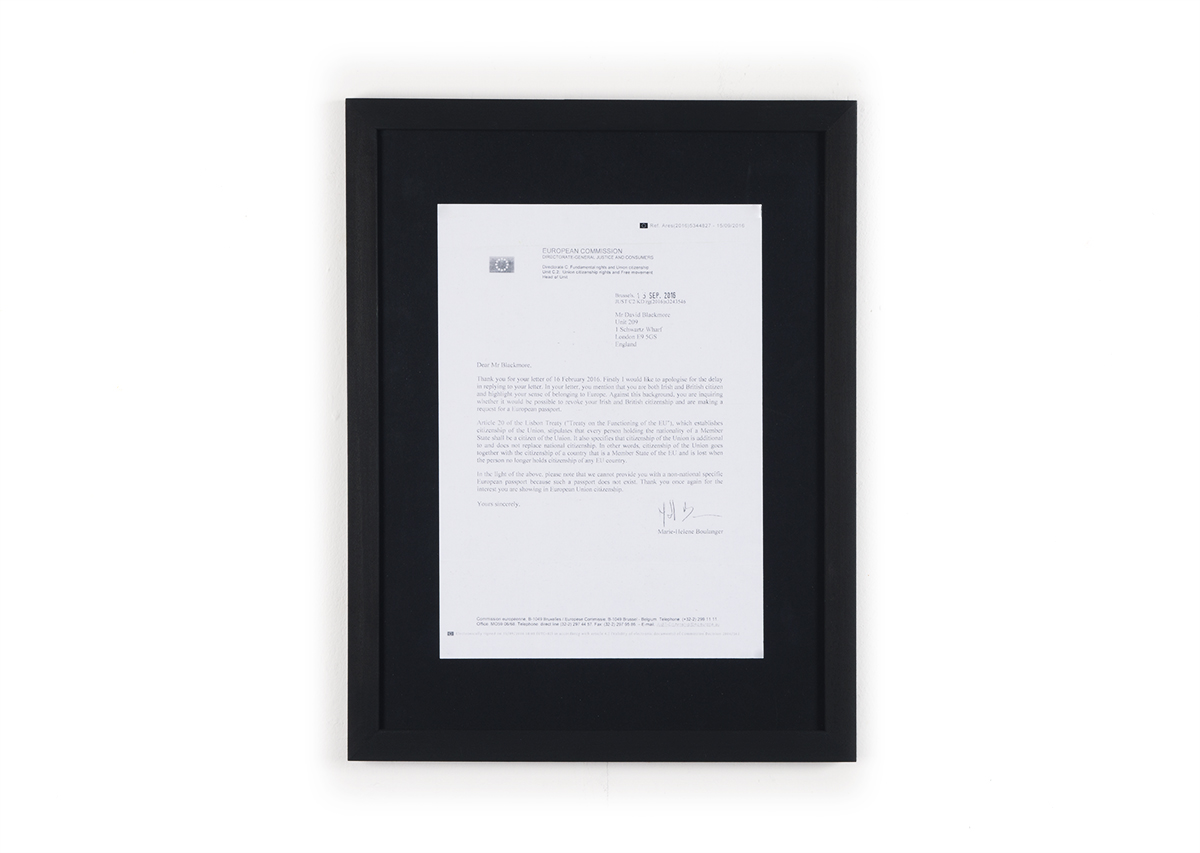 Letter from the European Commission in response to a request for

European Citizenship by the Artist 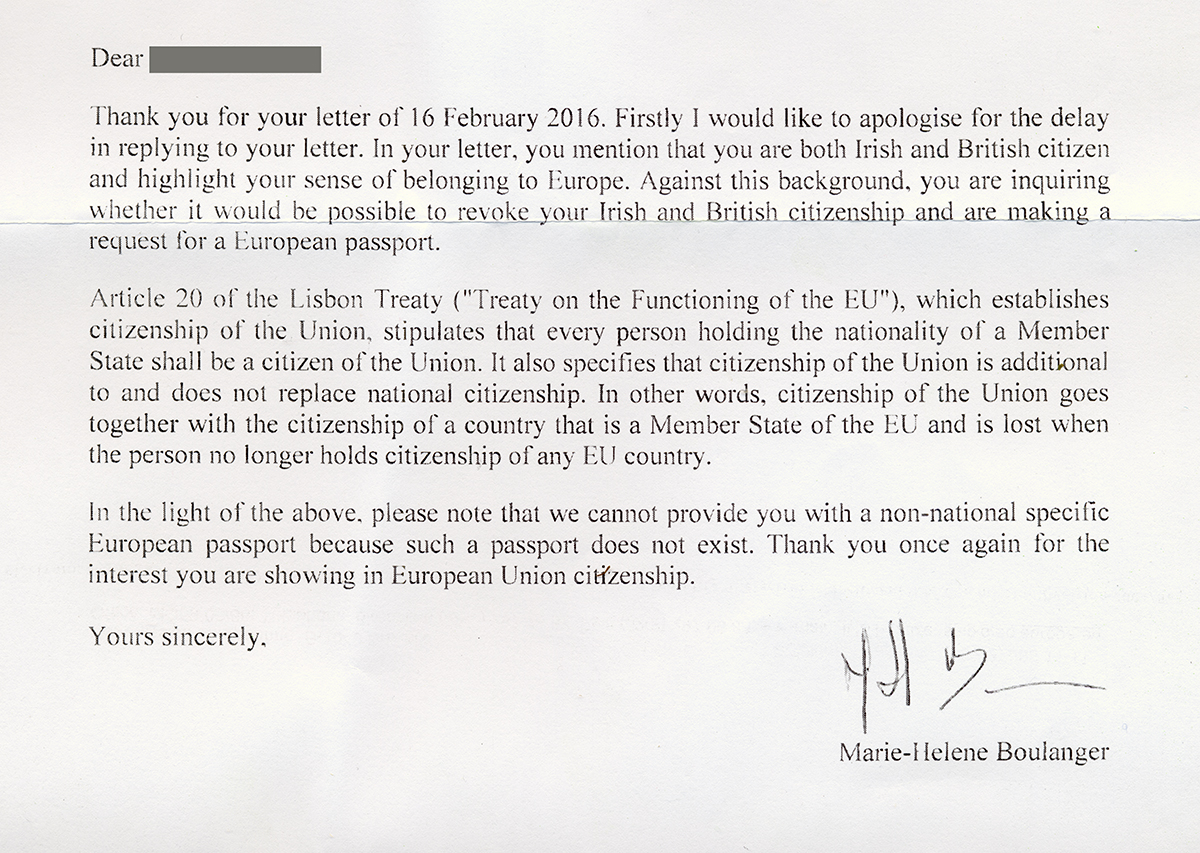 Citizenship by the Artist. 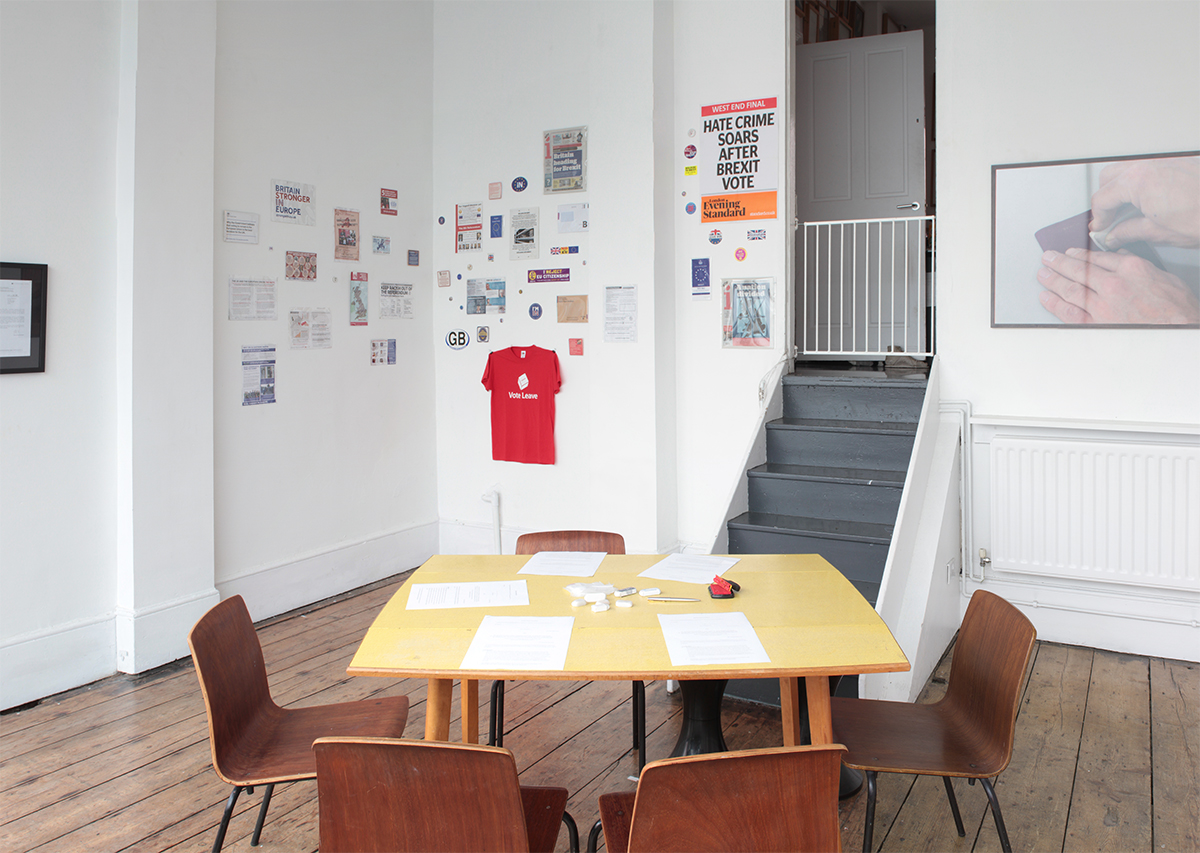 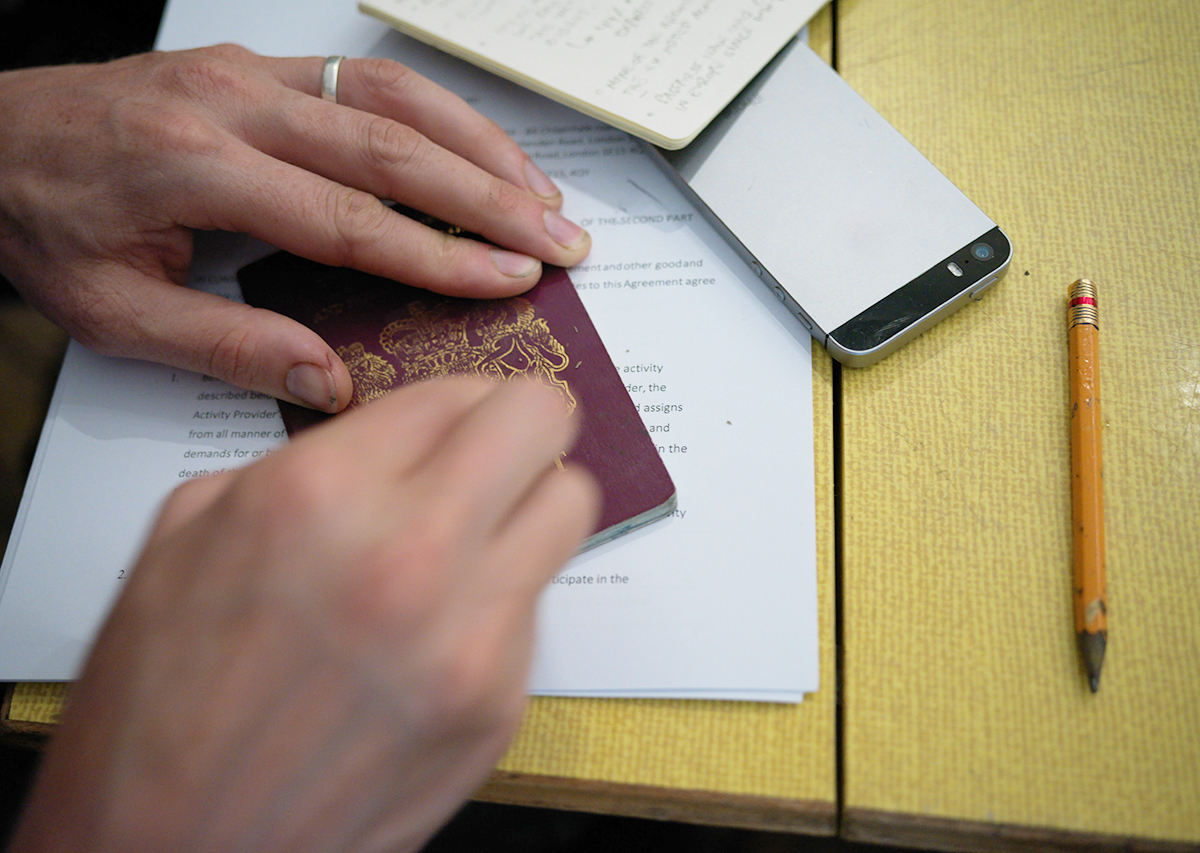 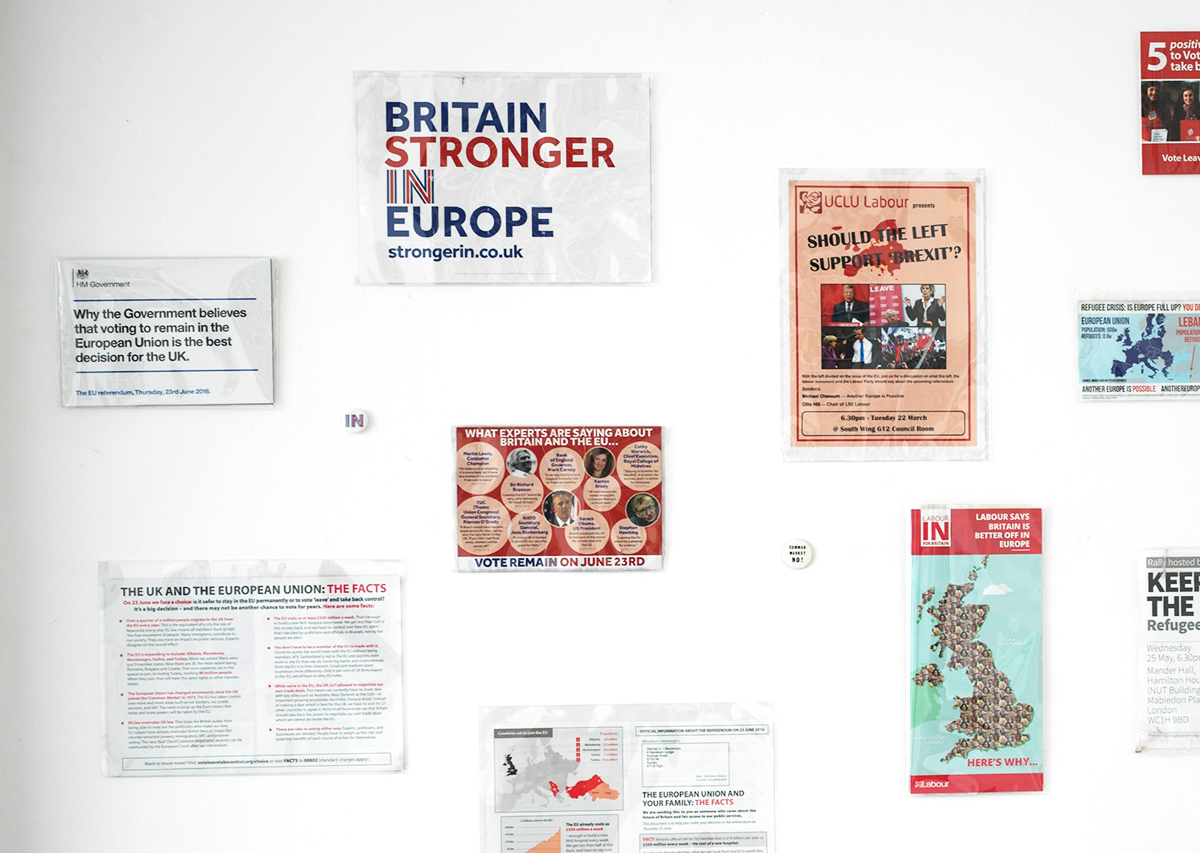 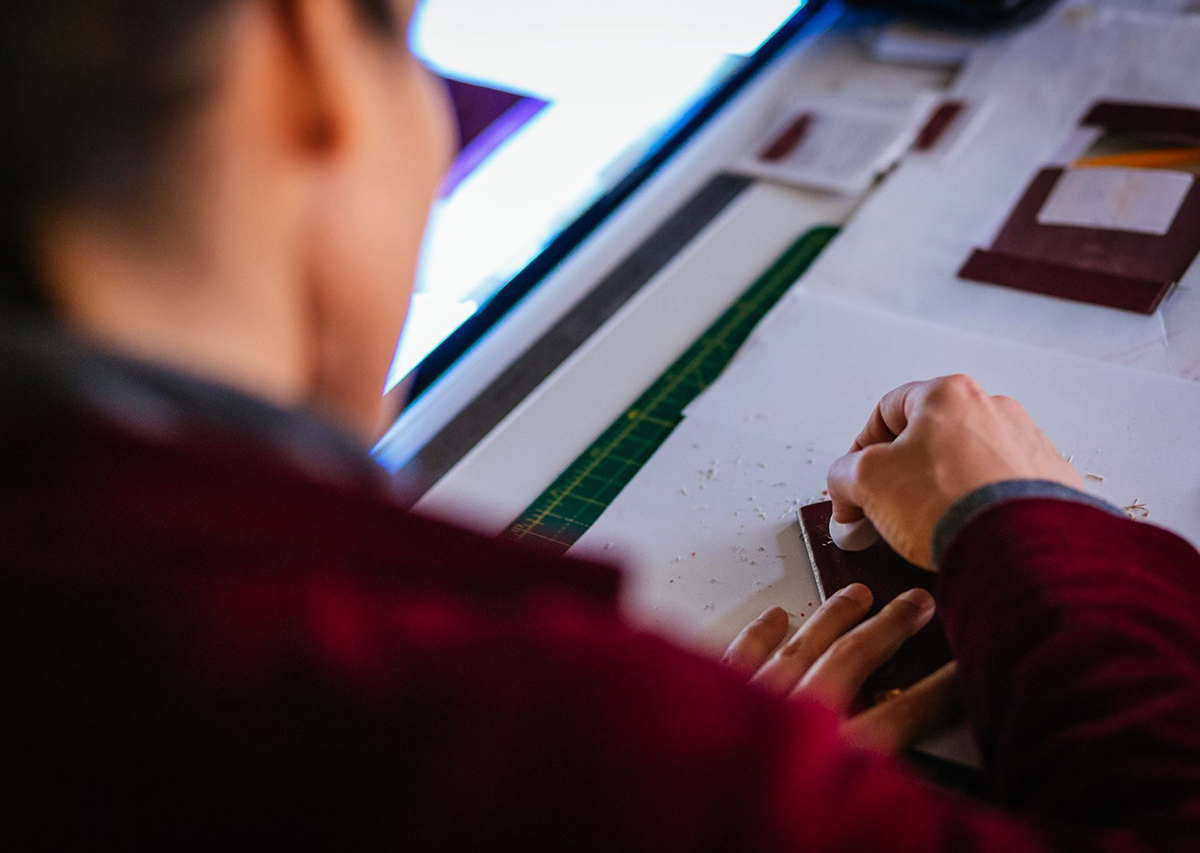 Documentation of EUROPEAN PA55PORT at re: publica September 2017 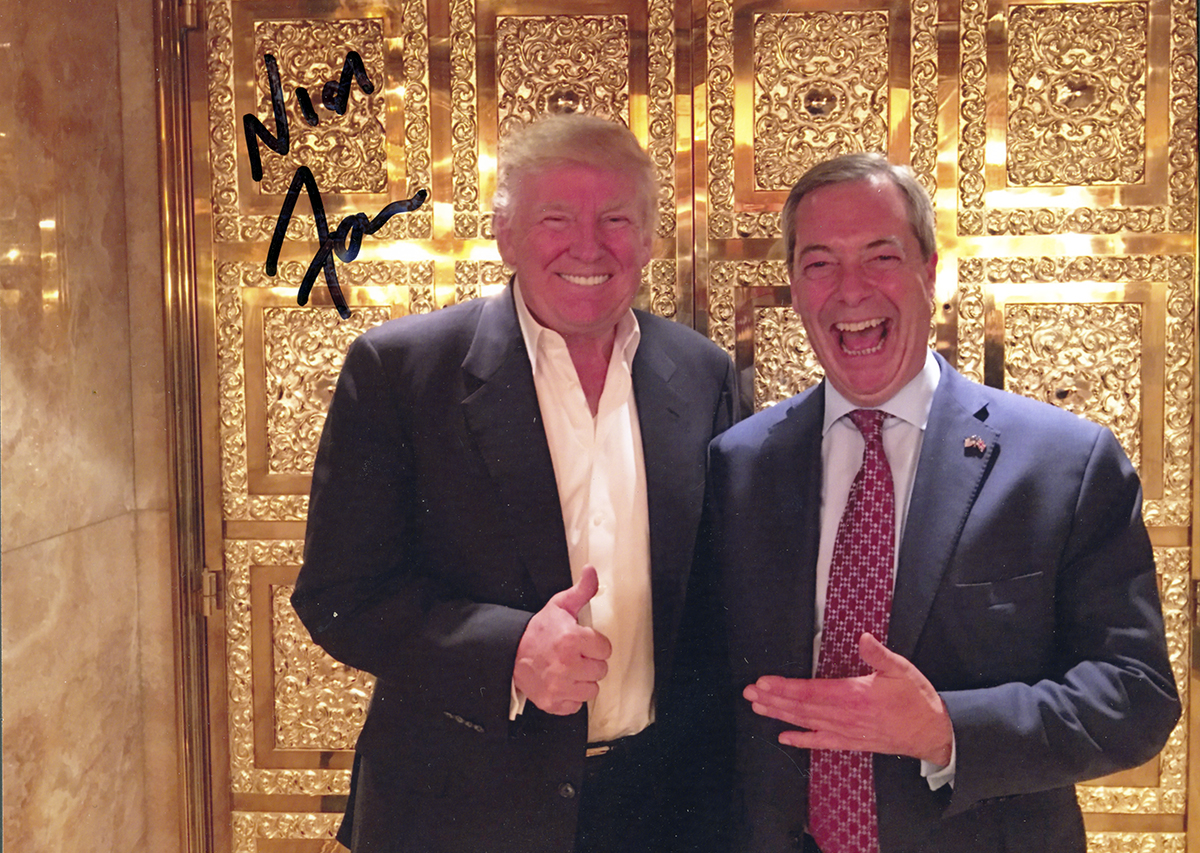 In February 2016, in the run up to the UK’s referendum on membership of the EU, Blackmore wrote to the European Commission requesting a non-nation specific European Passport, in return for which he was willing to revoke both his Irish and British citizenships. The request was declined, in writing seven months later ‘because such a passport does not exist’. In response to this reply, Blackmore removed the national emblems from both his Irish and British passports the process of which was recorded photographically.

The work has evolved into a relational piece in collaboration with members of the public. Following a discussion exploring the meaning of national identity using European identity as a counterpoint. Dependent upon members of the public taking part by erasing the national emblem from their passports this work instigates, develops and maintains a conversation

Figueroa, D., 2018, ‘‘Why is a piece of paper the only proof?’- Dreaming Of a Transnational Union of Nations, Shifted News, re:publica, Berlin